This story starts with a “G” for Gioacchino, patriarch of the Sini family, born in 1881 with a deep and abiding love for the town of Berchidda in the province of Olbia Tempio, Sardinia, famous for its’ yearly jazz festival. It was Gioacchino who, along with his sons Pietrino and Pasqualino, decided to plant the first family vineyard in 1949. Neither more nor less than many other local families for whom the passion for vinification is etched in their DNA. All of the farmers in Berchidda worthy of the name cultivated a vineyard as well as working the fields. Few other areas in Sardinia have had such a strong calling to produce quality wines as that tiny town halfway between Mt. Acuto and the Gallura sea: Vermentino, for starters, but also marvelous red wines. Wine was produced for leisure and for personal consumption, never for business. The greatest satisfaction, for individual producers, was and remains comparing the bouquets and taste of their wine to that of their neighbours. A good natured competition that challenged each winemaker to always strive for their best. 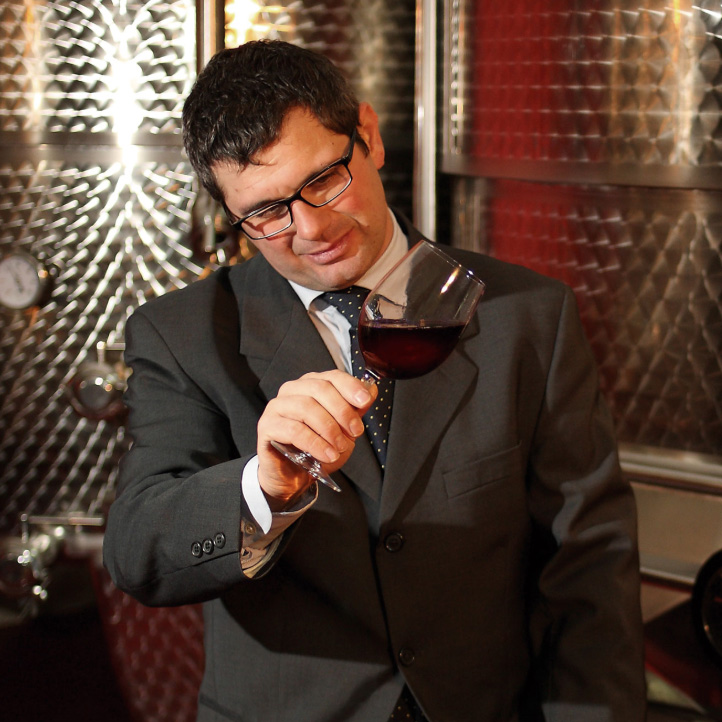 It was Gioacchino junior, class of 1968, an agricultural expert who also studied for a university degree in Viniculture and Oenology at Oristano, who succeeded in the process of blending tradition with technological innovation, thus writing a new chapter in the family business. The motto is “Remember the teachings of the past while exalting today's technologies”. The company's philosophy is to create wines notable not for the quantity produced but for the quality achieved.

This project was born after a detailed study of the soil composition, enriching the varietal composition of the winery by planting Carignano, Merlot, Cabernet Franc, Cabernet Sauvignon and Sangiovese. The choice fell upon those clones which produce widely spaced clusters with an average yield of 1.5 kg per cordon. The vine training system adopted is the low espalier (70-80 cm above the ground) with a short guyot or with a modified Alberate (four clusters per plant during pruning) for the Carignano and the Cabernet Franc. We chose to diversify the type and number of varietals in order to have a greater selection of wines with peculiar characteristics to assemble before the bottling. Preparing the vineyard was time consuming and complex in order to bring to perfection what nature has so generously given to this part of Sardinia. 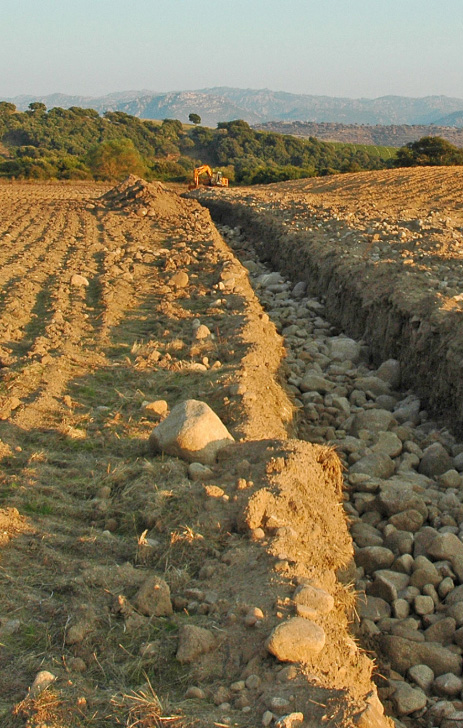 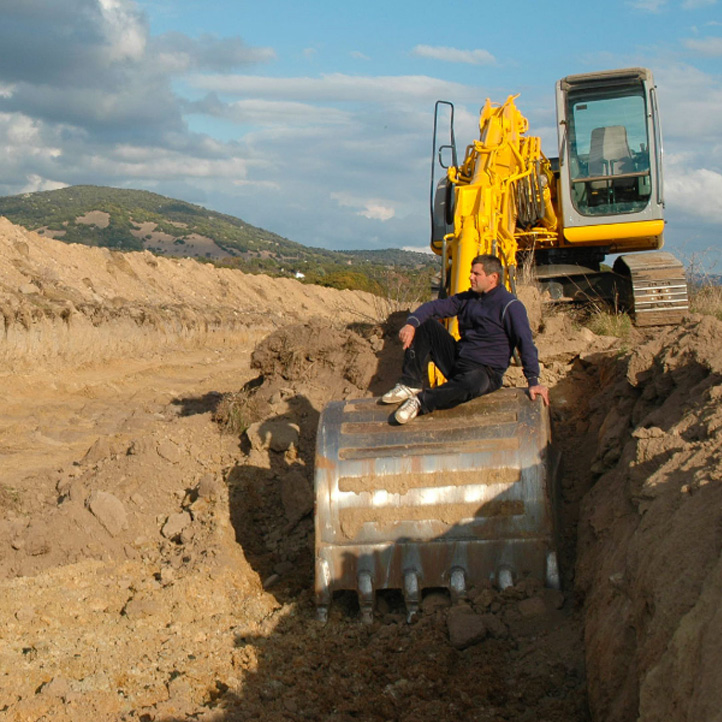 The new vineyard in Muros

The new vineyard in Muros

In 2012, after preparing the soil, a second vineyard was planted in the Muros area near Berchidda in order to reinforce the wine growing tradition of the Sini family.

Berchidda rises upon the southern slopes of the granitic mass of Limbara, inside a narrow, shallow basin oriented towards the north-east, connecting Logudoro with Olbia and Gallura. This basin, dominated by Monteacuto, and partially occupied in the south-west by lake Coghinas, has always represented an environmental corridor with important traces of roman and medieval settlements. One need only remember the Romanesque churches of Sant'Antioco from Bisarcio, Our Lady of Otti, the Roman fortress of Castro with its adjoining basilica. The southeastern side of the basin, exposed to the north-west, continues onto the granitic northern slopes of Mount Lerno and Alà. In the middle of the basin there is a vast plain from which rise low hills (Fura Chibudda, Tiliccu Mannu), formed by alluvial soil and lake sediment composed of volcanic sandstone. 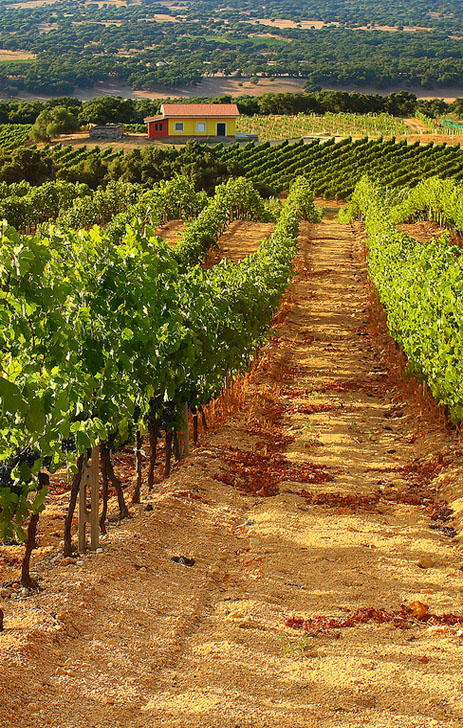 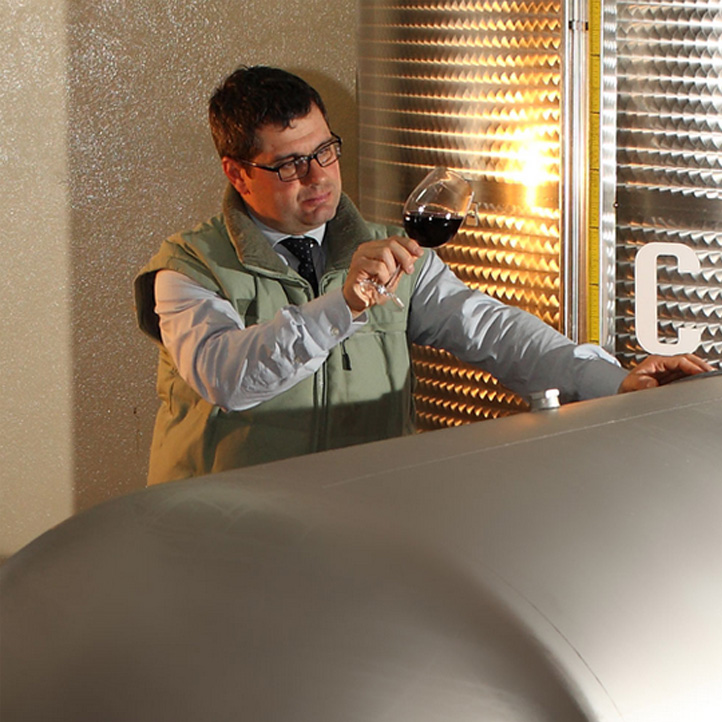 Experimenting with micro-vinification of individual grape lots have led, step by step, to continuous adjustments and the final tuning of the techniques in order to achieve the best oenologic result.

The characteristics of the terrain exalt the qualities of the wines

The soil formed from eluvial layers (derived from monzogranites), that cover the slopes of this basin have a marked acidity, allowing the vermentino grape - typical of this area and covering the major parts of southern slopes of Mt. Limbara - to reach its' full potential. The company Unmaredivino consitutes something of an exception: it extends for seventeen hectares along the northern slopes of Mt. Lerno, with a north-west exposure, in an moderately steep area that barely attenuates solar radiation and exposes the vines to mistral breezes. This windiness contributes to the health of the vineyards. In this particular terroir not only vermentino but also red grapes (grown in portions of ground formed by mafic igneous rocks) are able to express there full potential, once transformed into wine. 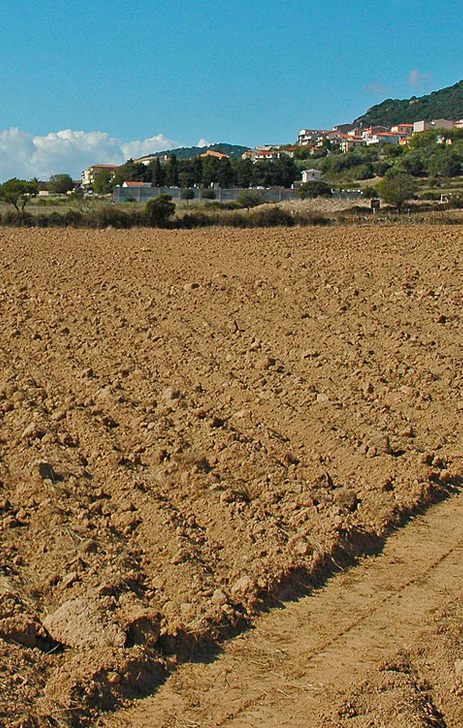 The characteristics of the terrain exalt the qualities of the wines 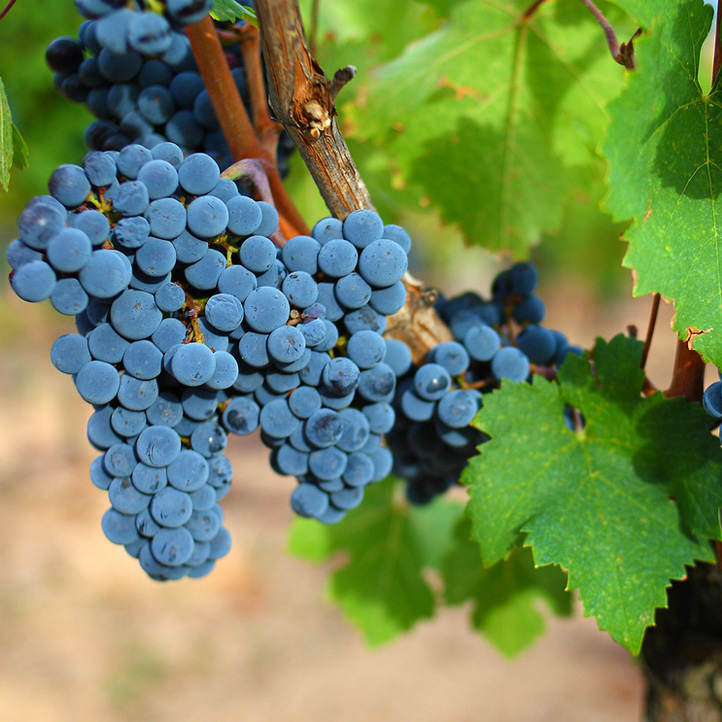 The characteristics of every wine, while maintaining the properties which make them recognizable, vary from year to year according to the climatic changes and the phenological phases of the vine. The grapes from which the process starts give an strong unmistakable imprint to our wines. Respectful of what nature has given, our oenological interventions are extremely delicate. This way, in the bouquet and the taste of our wine, one finds the distinctive and unique traits of the Berchidda terroir.

The freshly pressed grapes are left to macerate in temperature-controlled stainless steel tanks for 12-14-16 days, with thorough pumping over and multiple organoleptic controls. The maturation of wines in barrique barrels enriches the company's catalog. A soft press, separates the must from the marc on its way to distillation. The must is then separated from the pressings and completes its' malolactic fermentation before the lees are separated. All red grapes are vinified separately in September and October. Wines are then assembled beginning the following May, after which their evolution is monitored to evaluate with certainty their organoleptic characteristics before the final assembling. Filtering precedes the bottling, which normally occurs between May and July. The bottles are refined, in dark, temperature-controlled underground cellars, which completes the evolution of the wine before going to market. 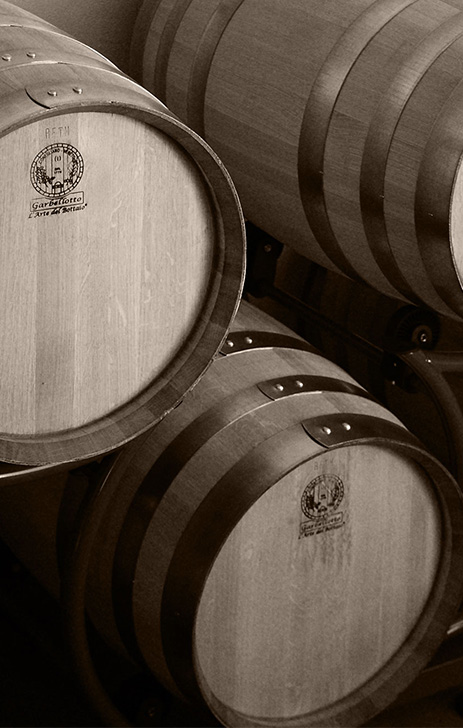